I've never been a huge fan of fish; however, I do enjoy a good salmon every now and again. Which is lucky for me, since salmon is chock full of good stuff, namely Omega 3's. But, I have learned that you do want the wild variety, as opposed to the farm-raised. The wild is not only good for you, but the farm-raised can actually be bad for you. Where the wild has the Omega 3's, the farmed has Omega 6's. Not the same thing. ...or so I read.

So, I've been on a hunt for wild salmon. Had trouble finding it in my local Publix (aside from the kind in the bag in the freezer section) but did find it in Kroger. So, I've been on a kick lately with my new find.

First, I just grilled some and served it up with some sweet potato fries (fried in coconut oil - smelled overwhelmingly coconutty, but really wasn't too overpowering in the taste and crisped up nicely). 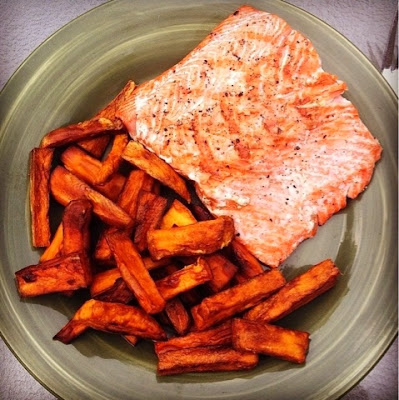 Then, I stumbled upon a picture of Crystal Evans Hurst's sautéed spinach and thought that sounded good, so gave it a try. Oh. My. Goodness. SO good! Since then, I've been on a sauteed spinach kick, too. 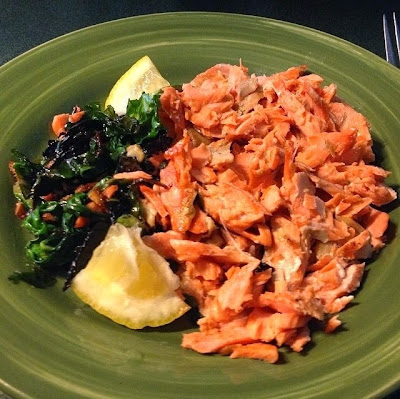 I just brown some fresh garlic up in olive oil. Once that gets good and browned, I throw in a handful of spinach (it reduces down to nothing in no time at all!) Then, right before it's about ready to come off and be plated up, I squeeze a shot of fresh lemon juice over it. SO good! Rich and yet refreshing. And balances out the salmon quite nicely. 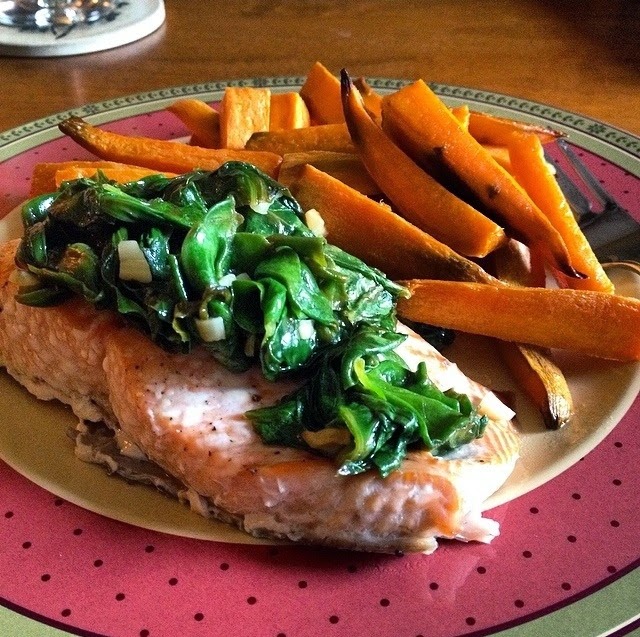 And all of it SOO good for the body! Win, win!